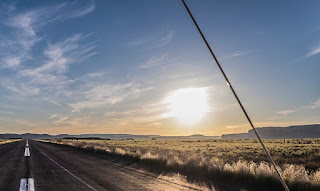 We took off just after dawn in order to capture the best light and smoothest air. We departed the Bluff airstrip to the, then turned west. The temp was about 45, but anticipating a 60mph wind chill, I had 6 layers on top and 4 layers on bottom, plus winter boots, gloves and balaclava under my helmet. Paul has a heated jacket and gloves. 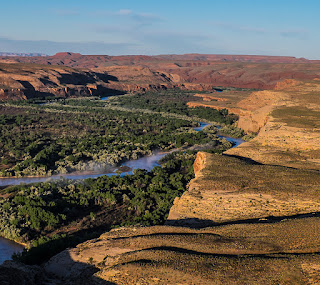 The San Juan River, west of Bluff, with puffs of morning mist remaining. 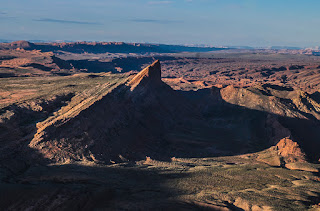 Rock formation, part of Comb Ridge, known as Mule Ears. See the coarse curves of the Comb Ridge, an 80 mile long "monocline" beyond. 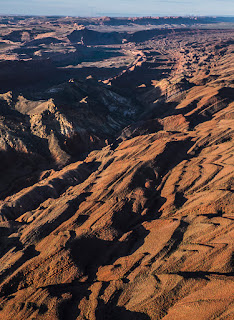 Note the triangular patterns as the surface expression of a fault, running north-south, with this being the eastern edge of the "Monument Uplift". Many geologic strata are exposed and evident. 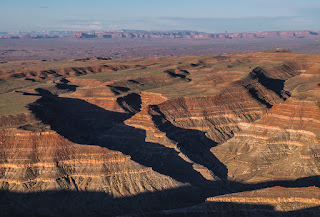 Near the "Goosenecks" wanderings of the San Juan River. 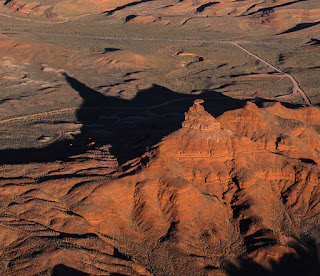 "THE" Mexican Hat rock formation for which the nearby town is named. 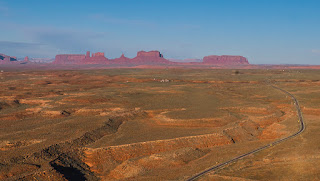 Monument Valley "Giants" in the distance. Anyone seen "Forest Gump"?

Nearing some of the larger buttes. 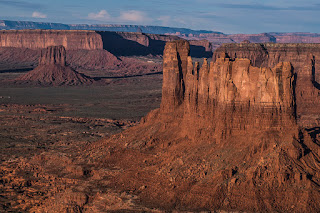 The "West Mitten" in the middle distance, with the Monument Valley hotel in the upper center. 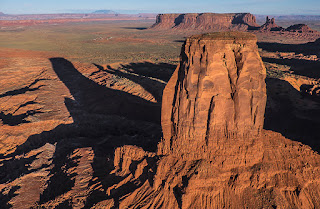 Massive bytes with very long shadows in the morning light. 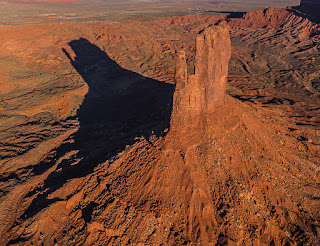 Close pass by the "West Mitten" and the shadow it throws. 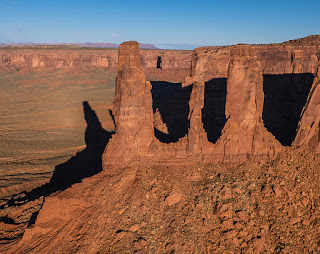 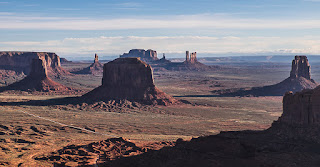 Looking back eastward over the Valley 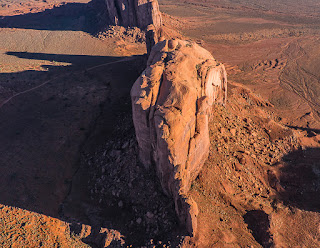 Eroded butte with the swirled etchings of sea water and waves, still visible on top of the rock mass. 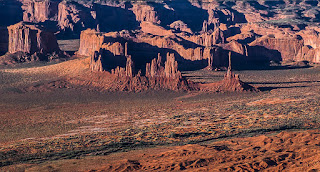 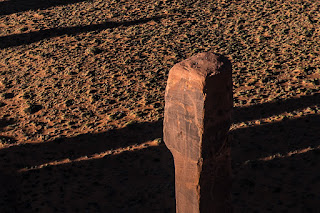 Climbing equipment visible atop the Totem Pole. Formation was used in filming of the Eiger Sanction - 1975 movie with Clint Eastwood. 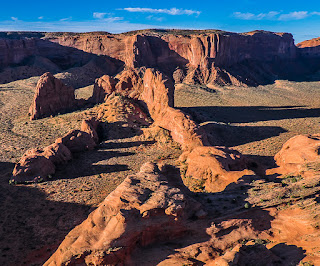 So many unusual rock and ridge formations 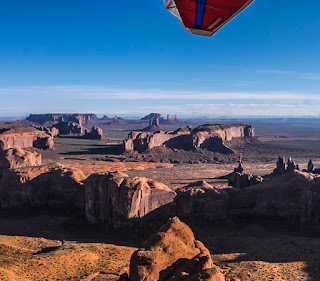 Wing tip of the Ultralight visible in view toward NE 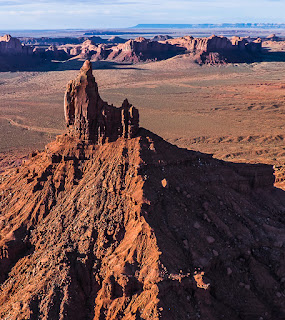 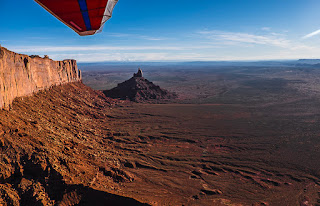 Rooster Rock from the other side 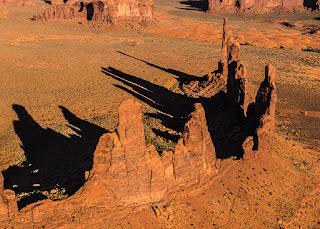 Bowl-shaped grouping of the Yei Bi Chai and Totem Pole with dramatic shadows. 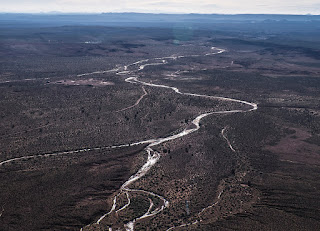 Water run off from small streams, leading to the San Juan River, as we head back toward Bluff. 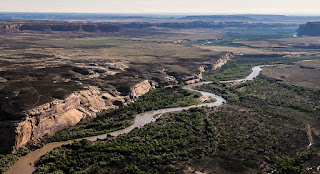 Returning to Bluff for landing, with straight airstrip and tiny hangar visible on mesa in upper center of photo.

Thanks for joining us as armchair passengers! Few will ever enjoy this perspective of Monument Valley!