On the 16th day of our journey, we're  on our drive toward Whitehorse, the Yukon capital. The entirety of the Yukon has a population of 36,000, with the majority of 26,000 living in Whitehorse. Whitehorse became the capital in the 1950s taking the title from Dawson City which has never quite forgiven them. It is quite a bustling place with many attractions and a lively commercial and tourism base.

One of the main attractions and the first we took in was the SS Klondike, a permanently retired sternwheeler that has been restored and rests alongside the Yukon River on the south side of town. Built in 1929, she was the largest on the river and had a cargo capacity half again larger than previous boats. 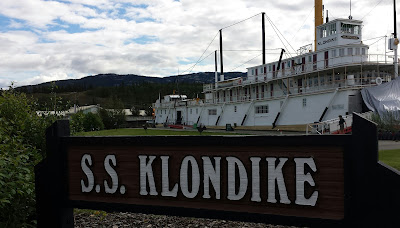 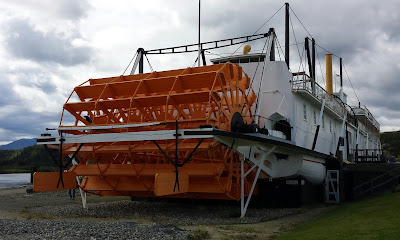 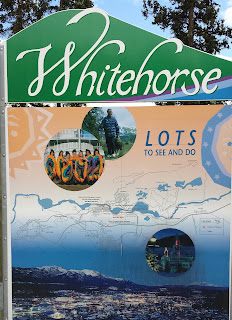 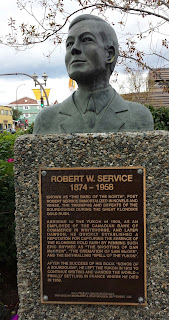 Notable Whitehorse citizen, Robert Service, the "Bard of the North", who who wrote so eloquently about the hardships of life & work during the Gold Rush. 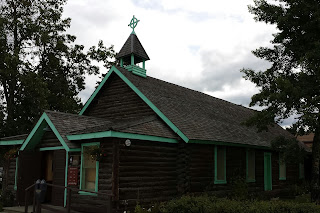 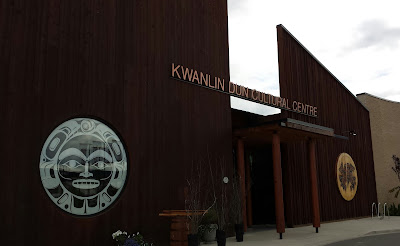 Whitehorse  has a large First Nations population. Their centerpiece is the Kwanlin Dun Cultural Center adjacent to the library. They had they had a number of artifacts on display along with current art works focus on the long - neglected issue of approx. 30 Murdered and Missing Native Women who disappeared from the highways traveling between towns.  Prime Minister Trudeau has pledged to devote resources to investigate this issue. The center also had a ceremonial healing room and artist in residencies. 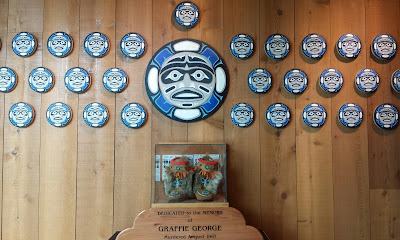 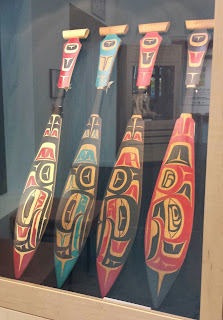 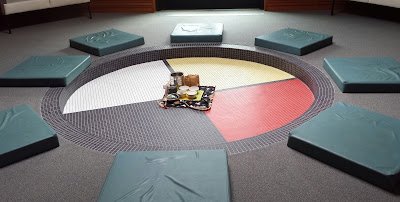 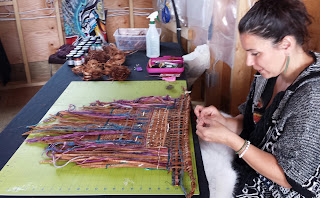 On the plateau above the city near the airport, we visited the Yukon Transportation Museum and the Beringia Center which  describes the many fossils and preserved pre- historic animal bones and human artifacts from the area where the glaciers absorbed much of the surface water, allowing a large mass of land to emerge, facilitating migration of people and animals between the areas of Russia and present day Alaska.  This region was not glaciated, so most of these remains have been discovered when excavating the mud and muck of permafrost. Once the glaciers melted most of the land area was submerged once again. 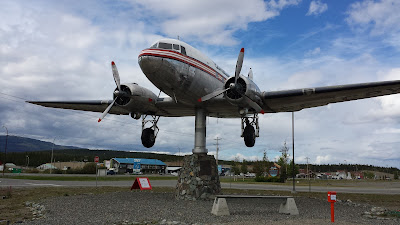 Outside the airport we enjoyed seeing the world's largest weathervane, a Douglas DC-3 perched on a pivot that allows it to rotate in the wind. 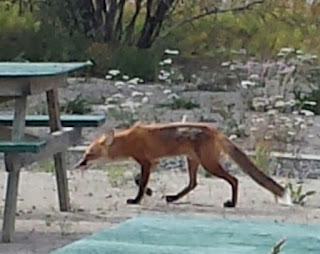 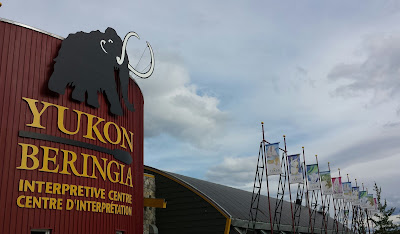 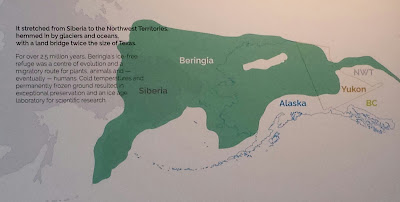 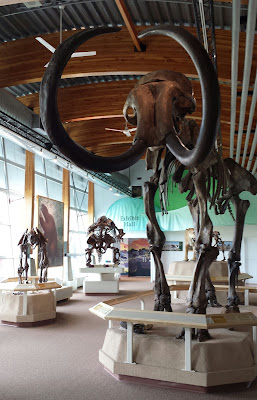 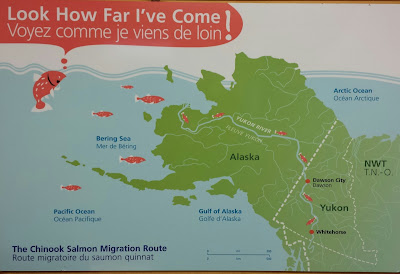 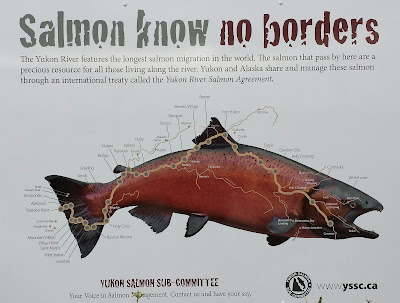 Late in the day we crossed the river to see the Whitehorse Rapids Fishway, a wooden fish ladder (longest in the world) that was built in 1959, to allow salmon and other fish to bypass the hydroelectric dam. We were able to see a number of large red Chinook salmon that are currently running, negotiate their way into the fish ladder. 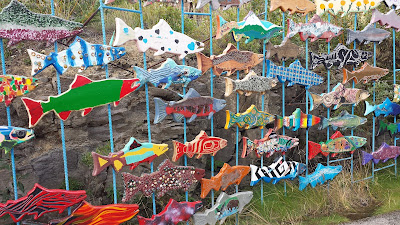